Free upgrades available for PlayStation 4 and Xbox One owners. 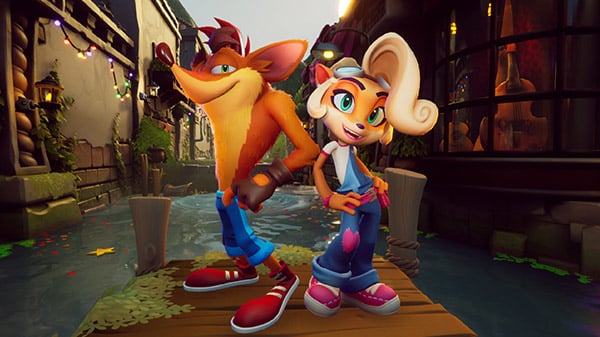 Crash Bandicoot 4: It’s About Time first launched for PlayStation 4 and Xbox One on October 2, 2020. Users who purchased these versions will be able to upgrade to their next-generation counterpart at no additional cost (except in Japan). Save data can also be carried over.

The game will run in native 4K resolution at 60 frames per second on PlayStation 5 and Xbox Series X, and upscale to 4K on Xbox Series S, as well as feature quicker load times and 3D audio.

The PlayStation 5 version will also utilize the DualSense controller’s wireless triggers to feel the force of Neo Cortex’s DNA-changing blaster, or experience the grip as they grapple with Tawna’s Hookshot. Additionally, PlayStation 5’s Activity Card feature will give players a breakdown of their progress throughout each of the game’s dimensions, providing guidance to achieve objectives and more.

Activision also teased more Crash Bandicoot news to come, mentioning that “fans should also be on the look-out for tons of furtastic festivities from Activision Blizzard aimed to engage Crash Bandicoot fans throughout the year,” and that “fans can expect more information on the PC edition at a later date, along with other fun happenings in celebration of the franchise’s 25th anniversary.”