Capcom Arcade Stadium coming to PS4, Xbox One, and PC

Launch trailer for the February 18-due Switch version released. 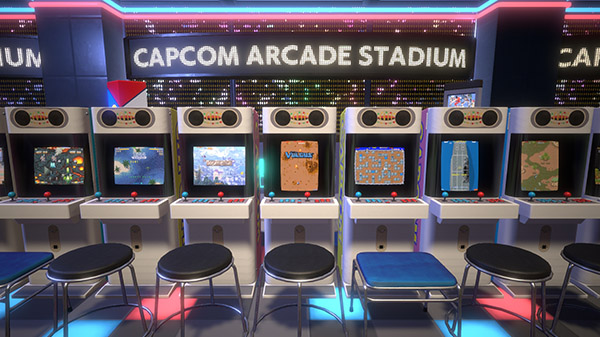 Capcom will release Capcom Arcade Stadium for PlayStation 4, Xbox One, and PC via Steam following the launch of the Switch version on February 18, the company announced. A release date for the newly announced versions was not announced.

Capcom Arcade Stadium offers three different packs of 10 games that each highlight a different era of Capcom arcade goodness. The collection also includes the free-to-download 1943: The Battle of Midway and the separate add-on title, Ghosts ‘n Goblins. Retro fans can select specific packs or purchase an all-in-one option containing the 32 games together.

The three individual packs in Capcom Arcade Stadium are available for MSRP $14.99 each, and offer access to ‘80s classics like Bionic Commando and Strider, or ‘90s favorites like Super Street Fighter II Turbo. The Ghosts ‘n Goblins add-on game will be available for MSRP $1.99. Players can also opt for the all-in pack containing all 32 games, including all three packs of 10, the free 1943: The Battle of Midway, and the add-on Ghosts ‘n Goblins, for MSRP $39.99. In addition to releasing on Nintendo Switch, Capcom Arcade Stadium will also be coming to the PlayStation 4 computer entertainment system, Xbox One, and Steam. More information regarding these platforms will be revealed at a later date.

Watch the Switch version launch trailer below. View a new set of screenshots at the gallery.