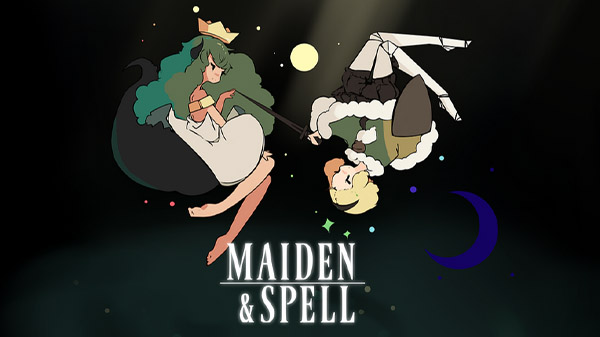 mino_dev will release bullet hell-based magical girl battle game Maiden & Spell for Switch via the Nintendo eShop, the developer announced. It will be published by Nippon Ichi Software. A specific release date will be announced soon.

Maiden & Spell first launched for PC via Steam in February 20.

Here is an overview of the game, via mino_dev:

Maiden & Spell is a bullet hell-based, one-versus-one battle game. Heavily inspired by Japanese shoot ’em ups and doujin games, it features an all-girl cast of colorful characters fighting each other with bullet hell patterns. In addition to local 1v1 matches, it features a fully realized Story Mode with unique boss fights to defeat.

Unlike other one-versus-one fighters that have some bullet hell elements, Maiden & Spell seeks to capture the true spirit of bullet hell in its combat. There are no melee attacks; everything is magical bullets. There is no blocking or parrying, instead there are “bombs” on cooldown and hitboxes that are only about six pixels wide. Your victory relies on successfully dodging the opponent’s danmaku patterns… all while throwing out your own!

In search of a mysterious jewel, a group of adventurers plunge the depths of what is rumored to be the most dangerous dungeon in the world: a vast abyss known as The Great Circle. To their surprise, they find the dungeon mostly devoid of monsters, and housing the ruins of a civilization long forgotten by the world.

As they delve deeper into this mysterious underground world, they begin to uncover the secrets surrounding the vermilion gem they seek, the monsters of The Great Circle, and the lost city once known as the Kingdom of Stars…