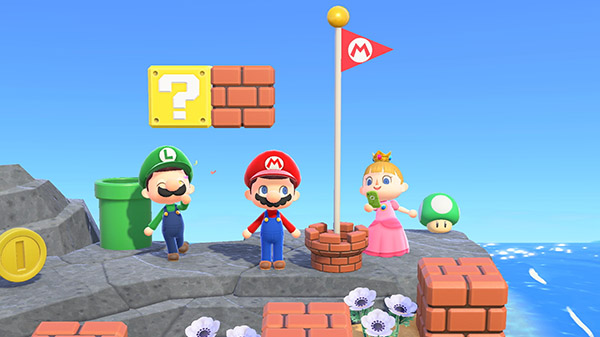 Items inspired by the 35th anniversary of the Super Mario Bros. game are coming to Animal Crossing: New Horizons.

Familiar items like the Super Mushroom and the “?” Block can be ordered in the game as furniture items, so you can place them wherever you want. You can even place multiple Warp Pipes on your island and easily travel between them.

The new Super Mario Bros. themed items will be available starting on March 1 following the free update to the Animal Crossing: New Horizons game on February 25.