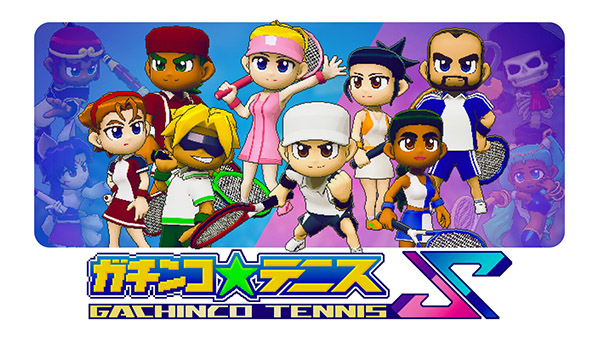 Alphawing Games has announced and released Gachinco Tennis S for Switch via the Nintendo eShop in Japan for 1,200 yen.

“Press the button the moment the ball hits.”

Although traditional, Gachinco Tennis S is an action game that uses an extremely simple yet exhilarating shot method. Enjoy high-speed rallies that will make your palms sweat.

The Magical Shot, which can be activated with the press of a button, is a powerful shot with various effects other than appearance and movement, but it is by no means a special move. It falls into the same category as flat shots and lob shots. There are 24 playable characters, each with their own unique Magical Shot.

Watch the announcement trailer and a gameplay video below. View a set of screenshots at the gallery.