A spaceship shooter with 2D gameplay and 3D environment. 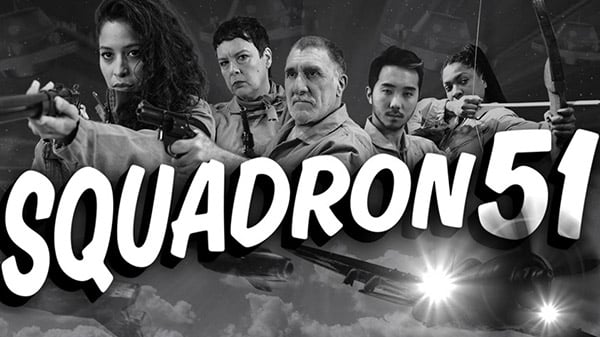 “We’re huge fans of classic sci-fi horror and we jumped at the opportunity to co-publish Squadron 51 with our partner WhisperGames,” said Assemble Entertainment CEO Stefan Marcinek in a press release. “Squadron 51 has found a loving home among Assemble Entertainment’s other award-winning titles known for their charming eccentricity. Fans of all genres will appreciate this delightfully original shoot ’em up.”

Here is an overview of the game, via Assemble Entertainment:

Warning! Extraterrestrials from outer space have arrived on our planet, bringing promises of a bright new future for the earthlings. However, this otherworldly partnership soon reveals a darker side as the VEGA Corporation, the alien enterprise led by the hideous Director Zarog, is imposing its predatory politics on the human race. In the midst of this oppression, the rebel group Squadron 51 rises as a response against the violent acts committed by these vile beings. Will the brave pilots of Squadron 51 and their aircraft stand a chance against Zarog’s diabolic fleet of flying saucers?