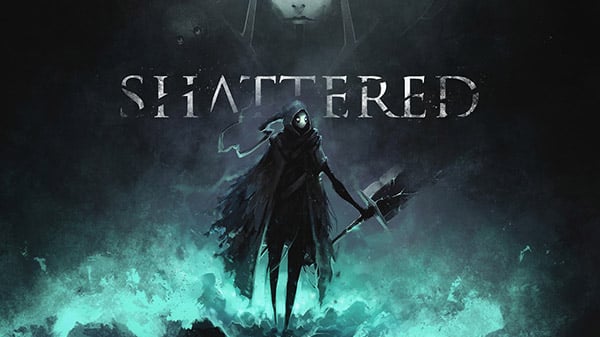 Action RPG Shattered: Tale of the Forgotten King will launch for PC via Steam on February 17 after over a year in Early Access, developer Redlock Studio announced.

PlayStation 4 and Xbox One versions are also in the works, but have yet to be dated.

In the beginning, there was the King. From a thought, he conjured up the Void. From a glance, he made the world. And from a whisper, he created us.

The world as it was is gone, lost with the disappearance of the King. As a Wanderer of these forsaken lands, it is up to you to piece together the fragments of reality and retrace the fall of civilization through skill based combat, innovative open-world platforming and the testimonies of survivors… some more trustworthy than others.

A ruined continent of untold stories and mighty foes is yours to roam. For those who brave its paths, the world of Hypnos contains many secrets, some to aid you on your way and others to illuminate the road that led to your existence. Experience precision based combat and 2.5D platforming set to a complex branching narrative in the reality spanning action-adventure of Shattered: Tale of the Forgotten King.

Are you ready, Wanderer?