Full release due out in March. 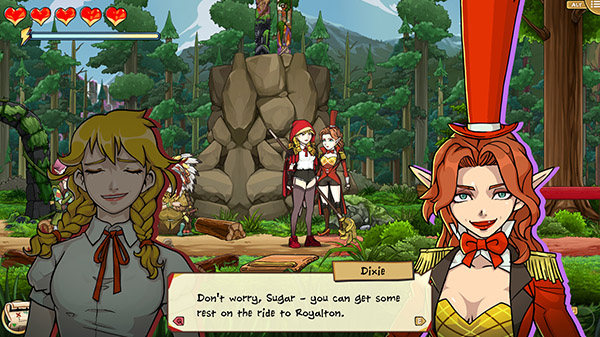 The initial launch will reveal the first four chapters of the game, followed by several updates including a content update with additional chapters in late February. The final chapter, featuring multiple endings, will arrive alongside the full release in March.

Scarlet, the protagonist and a diva in the making, awakes in the realm of Glome after being flung over by a rogue tornado. She discovers an electrifying world brimming with magic, beauty, and artifacts from a mysterious bygone culture. Her strange journey begins when she takes up the mantle of the Red Witch and leads a troupe of Munchkins through the forbidden Wicked Wood. In a world full of riddles and wonders, she encounters witches, a tin knight, talking beasts, monsters, and many fearsome creatures to overcome.

The fledgling witch soon discovers a Recursion Hex has her reliving the same day. However, each death presents new opportunities to branch the adventure in exciting new ways. Ultimately, her decisions lead to multiple endings. In the deep wood, where a bad hungry wolf roams and a wicked witch casts her evil spells, Scarlet must rely on her wits and a cute fox, acting as her pathfinder, to overcome the disasters that await her at every turn.

The only way to get through the wood is by solving puzzles that require logic, or by finding clues that are scattered across the wood, in the shapes of items, conversation with the NPCs, writings on the walls, and much more.