"The Fortress of Mist" and "The Dark Capital." 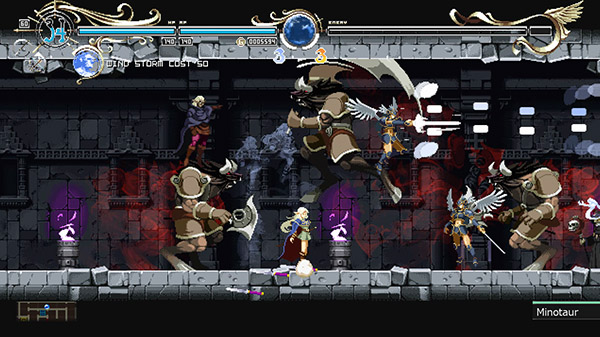 The “Stages 3 and 4” update for the Steam Early Access version of Record of Lodoss War: Deedlit in Wonder Labyrinth will launch on January 19, publisher Playism and developers Why So Serious? and Team Ladybug announced.

Here is an overview of the update, via Playism:

This update brings Stage 3 “The Fortress of Mist” and Stage 4 “The Dark Capital” into the game. The two areas add a considerable amount of map for players to explore. There are new weapons which are capable of ranged attacks and new magic, along with new gameplay mechanics involving use of the bow. There is also a bow training area new mini game to test your archery skills.

Warrior priestess Flaus and the black dragon Narse appear as bosses. The most exciting character appearance however, is that of Parn, protagonist of the original novels and beloved of Deedlit. With his appearance, the story begins to pick up the pace.

The user interface has been improved as well as volume settings and a manual being added as these were highly requested features from the feedback that we have been receiving.