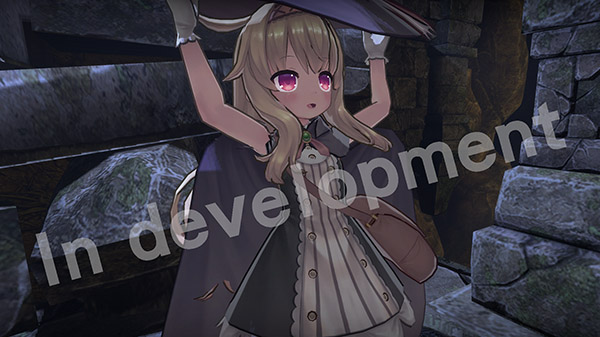 Publisher Simon Creative and developer Pupuya Games will release 3D action shooting game Little Witch Nobeta for “PlayStation” (specific platform not specified) and Switch alongside PC via Steam when the full version launches by April 2022, the companies announced. In Japan, a physical release is also planned for PC.

In a development update (English, Japanese), Pupuya Games said its goal is to release the full game for its next major update, and that it is “not going to release scattered content just to satisfy those lacking in patience.” The developer plans to publish monthly updates on its development progress.

Pupuya Games added that it is also planning to release more dedicated comics and animation as part of its goal to enrich the Little Witch Nobeta universe and create a cross-media franchise.

Little Witch Nobeta is a 3D action shooting game. Players will explore ancient, unknown castles and use different magic elements to fight against souls! The game uses a comfortable Japanese art style, but the battles are quite challenging despite its cute looks. Underestimating your foes will lead to troublesome encounters. You must discover enemies’ weaknesses and learn the precise time to dodge attacks in order to gain the advantage in combat.

Nobeta, the little wonder, came to the castle alone to solve the mystery of her own life. Constantly challenging powerful crafted souls, she learned all kinds of magical abilities and befriended a mysterious little black cat.

What secrets hide in the depths of the castle?

Watch a trailer (released in August 2020) below.