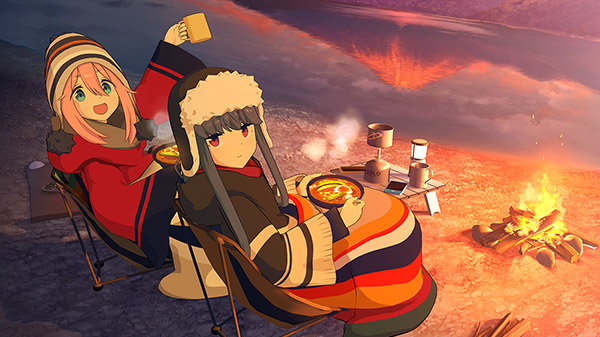 Here is an overview of the games, via Gemdrops:

Get a taste of the great outdoors from the comfort of your own home!

Together, Nadeshiko and Rin embark on a new camping adventure, taking pictures and trying lots of delicious food. It’s gonna be great!

Two different versions are in the works! Play as Nadeshiko at Lake Motosu, or Rin at Fumoto Campsite.

(Can also be played without virtual reality goggles.)

Watch a new trailer below. View a new set of images at the gallery. Visit the official website here.

Hadeshi. ⋅ Genshin Impact for PS5 launches April 28 alongside version 1.5 update ‘Beneath the Light of Jadeite’ ⋅ 10 minutes ago