Xbox One version release date yet to be announced. 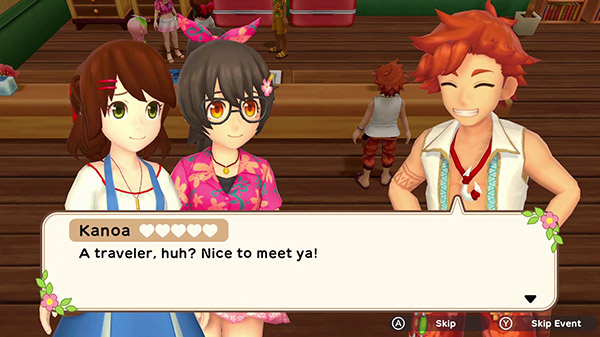 Harvest Moon: One World will launch for Xbox One in North America in addition to its previously announced PlayStation 4 and Switch versions, Natsume president and CEO Hiro Maekawa announced in his New Year message.

While Harvest Moon: One World is planned for release on PlayStation 4 and Switch on March 2 in North America, and for Switch on March 5 in Europe via Rising Star Games, a release date for the Xbox One version has yet to be announced.

A New Harvest Moon with Global Appeal! Take a trip around the world in the latest entry in the long-running Harvest Moon series! You’ll ride camels across the deserts of Pastilla, venture deep into the snowy mountains of Salmiakki, and even visit a volcano near the cozy mountain town of Lebkuchen!

Can you imagine a world without cabbage, tomatoes, or even carrots? Believe it or not, that’s the world you’ll find yourself in at the beginning of Harvest Moon: One World, as the Harvest Goddess, the queen of crops herself, has vanished…

However, before the Harvest Goddess disappeared from this world, she imbued the tiny Harvest Wisps with the knowledge of various seeds, thus ensuring the various fruits and vegetables of the world would not be lost. Using the power given to these Harvest Wisps, you’ll unlock various seeds as you progress through the game! But the Harvest Wisps can be tricky to find, as they all appear at different times and places. You’ll need to use your noggin to make sure you seek out as many of them as you can!

Harvest Moon: One World delayed to March 2, 2021 in the Americas, March 5 in Europe

issamepuchi ⋅ Another Eden: The Cat Beyond Time and Space reveals new character Melissa designed by Kimihiko Fujisaka ⋅ 5 minutes ago

💎Junsui no Houseki💎 ⋅ Another Eden: The Cat Beyond Time and Space reveals new character Melissa designed by Kimihiko Fujisaka ⋅ 11 minutes ago