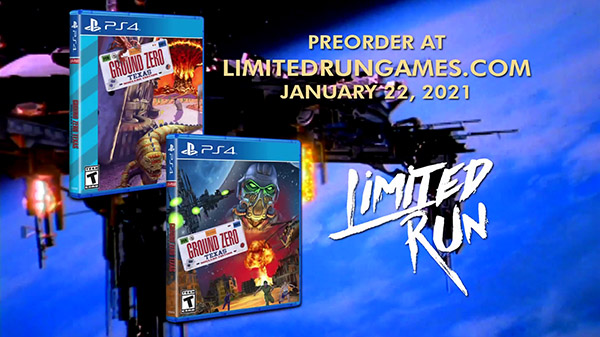 Here is an overview of the game, via Screaming Villains:

The chopper kicks up dust as it sets down. Through the haze of dirt and grit you make out El Cadron, a shabby, little Texas border town. It looks quiet enough, but folks have been disappearing. As a tactical weapons expert, you soon discover it’s crawling with aliens disguised as humans. Welcome to Ground Zero Texas. Armed with four BattleCams outfitted with a particle beam that stuns the aliens and a RoverCam used to search out the Reticulan weapon stash, you’re into a sci-fi, wild west gun fest.