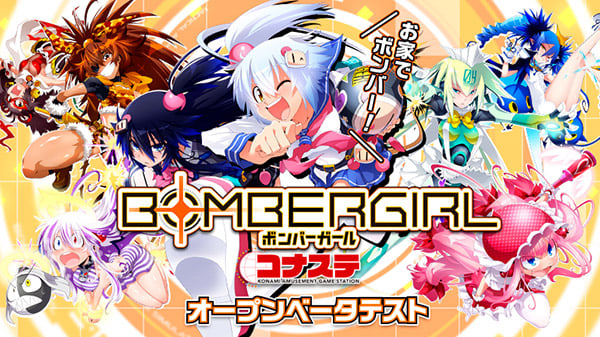 Konami has launched open beta testing for a PC version of its Bomberman spin-off arcade game Bombergirl through the Konami Amusement Game Station service. The open beta test will run from today until January 12 at 5:00 JST.

The Konami Amusement Game Station version of Bombergirl is treated like an arcade game and costs five tickets per play, which can be purchased for 110 yen. Users who participate in the open beta test will receive 10 tickets (two plays) as a free starting gift.

A Konami account and e-Amusement Pass are required to participate in the Bombergirl open beta test. You can register here and download the beta client here.

A full gameplay guide on Bombergirl for Konami Amusement Game Station is available here (in Japanese).