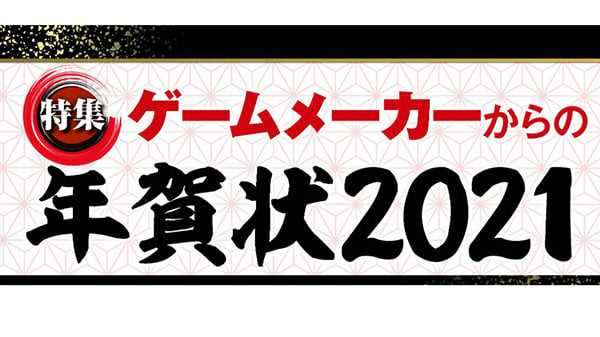 Famitsu has published New Year cards and messages from 44 Japanese video game companies, several of which tease new developments for 2021.

Get the interesting tidbits below.

“And finally in 2021, the Neptunia series will enter a new stage following its 10th anniversary. I’m sure we’ll be here with some surprising developments around spring, so please look forward to it.”

“This year as well, we plan to release title(s) that everyone can enjoy.”

“In 2021, we’ll announce a bunch of projects that have been in the works for a while.”

“13 Sentinels: Aegis Rim received high ratings and numerous awards, as well as surpassed 300,000 total sales in the year since its release.

“In addition to Shin Megami Tensei V and Project Re Fantasy (title tentative), which are in active development, in 2021 we’re also planning a ‘Persona 25th Anniversary’ commemoration project. Please look forward to it!”

“I have a feeling that 2021 will be a year that we challenge new titles, including Project Stella (title tentative), as well as announce many more titles than usual. With the introduction of new game consoles, Kadokawa Games will also actively release game titles. Please continue to give us your support this year.”

“We’re planning various updates and may even be able to announce new title(s), so please look forward to GungHo in 2021.”

“In 2021, we’ll finally release R-Type Final 2. And in addition to updates for existing titles like Manga Ka Keru and Hototogisu Tairan, we’re also planning to announce new title(s), so please continue to give us your support this year as well.”

“We’re also preparing some surprising stuff that will make you go, ‘ah!’ so please look forward to future developments.”

“In 2021, we’re also preparing a completely new love adventure game to follow the long-awaited Anonymous;Code and Memories Off, as well as other works created from all sorts of ‘wild ideas.'”

J, The Vampire Smoker ⋅ Epic Games Store leaks The Legend of Heroes: Trails from Zero, Trails to Azure, Trails into Reverie, and The Legend of Nayuta: Boundless Trails for the west ⋅ 2 minutes ago

J, The Vampire Smoker ⋅ Epic Games Store leaks The Legend of Heroes: Trails from Zero, Trails to Azure, Trails into Reverie, and The Legend of Nayuta: Boundless Trails for the west ⋅ 4 minutes ago