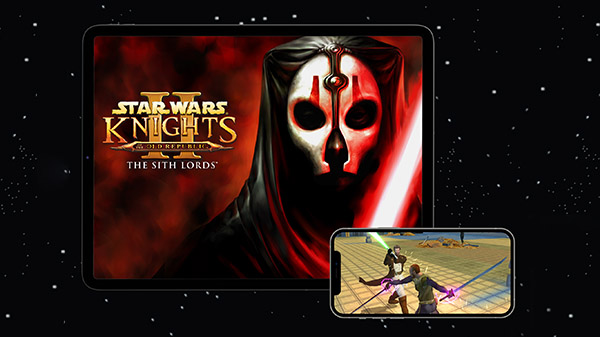 Aspyr Media will release Obsidian Entertainment-developed RPG Star Wars Knights of the Old Republic II: The Sith Lords for iOS via the App Store and Android via Google Play on December 18 for $14.99, the publisher announced.

Set five years after the events from the award-winning Star Wars: Knights of the Old Republic, Sith Lords have hunted the Jedi to the edge of extinction and are on the verge of crushing the Old Republic. With the Jedi Order in ruin, the Republic’s only hope is a lone Jedi struggling to reconnect with the Force. As this Jedi, players will be faced with the galaxy’s most dire decision—follow the light side or succumb to the dark.

Star Wars Knights of the Old Republic II: The Sith Lords first launched for Xbox in December 2004, followed by PC in February 2005, and Mac and Linux in July 2015.

Watch a trailer for the mobile version below.