Turn-based roguelike fantasy strategy RPG due out in spring 2021. 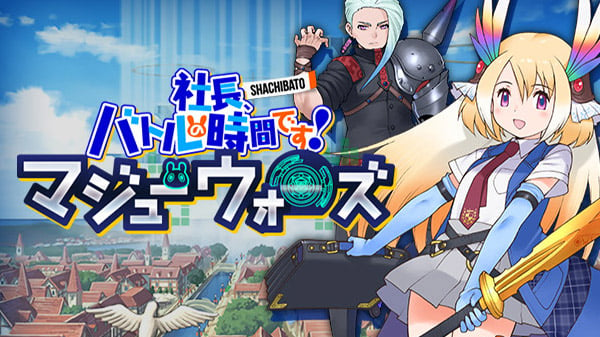 Shachibato! President, It’s Time for Battle! Maju Wars is a turn-based, roguelike fantasy strategy RPG! Your mission is to explore randomly generated dungeons to gather items and treasure to help expand your dungeon exploration company. Travel to never before seen dungeons using the teleportation gate “Gateopolis” and become the number one company in the world!