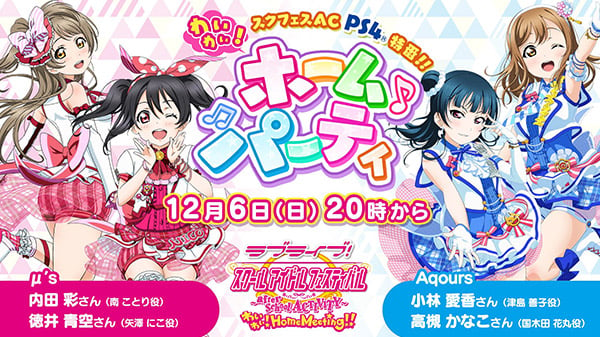 Love Live! School Idol Festival ~after school ACTIVITY~ Wai-Wai! Home Meeting!! is in development for a worldwide release on PlayStation 4. A release date has yet to be announced.