A look at Hitman III's new gameplay features and items. 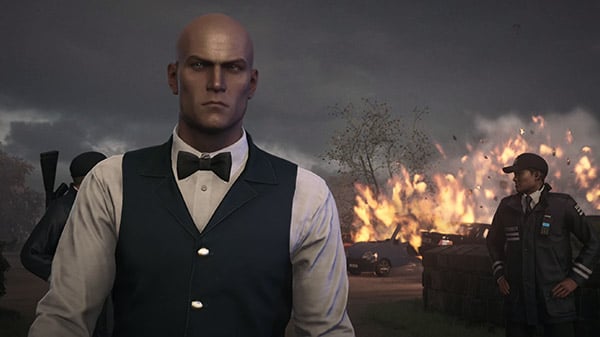 IO Interactive has released a new trailer for Hitman III introducing a full overview of the gameplay concepts and scenarios that players will experience.

Powered by IO Interactive’s proprietary Glacier engine, Hitman III puts you in full control of Agent 47’s deadly abilities, his razor-sharp instincts and his entire arsenal of weapons and tools that you can use to master the art of assassination. Get to grips with the new camera that can open locks and analyze your performance with the return of post-mission Playstyles that are awarded based on how you complete missions.

On next-gen consoles, Hitman III will support 4K visuals, 60 frames per second, HDR, and faster loading times. The game will also bring refinements to interaction animation and AI, as well as Glacier’s crowd technology that will allow up to 300 NPCs in a location at once.

Hitman III players can import locations from the previous games in the trilogy and have more than 20 locations under one roof. All of the improvements to rendering, animation and AI introduced with Hitman III can be enjoyed across all three games, making Hitman III the ultimate place to play the entire World of Assassination trilogy.

Hitman III will also support PlayStation VR at launch in January 2021—but it’s not only Hitman III locations that are supported. Every location from the World of Assassination trilogy can be enjoyed in VR when you play them through Hitman III.

On the PlayStation 5, Hitman III will support 4K visuals, 60 frames per second, HDR support, and faster load times. Plus, our free next-gen upgrade program allows PlayStation 4 owners (disc or digital) to upgrade to the PlayStation 5 version of the game at no additional charge. Of course, if you choose to buy the PS4 version on disc, you need to make sure to have a PlayStation 5 with a disc drive to take advantage of the offer.

All of the guns in the game will support adaptive triggers and you’ll feel an authentic sensation with each shot you fire. Automatic weapons also simulate recoil with every bullet and we’re implementing unique haptic feedback for each weapon that is tied to the distinct sound profile of each weapon. Essentially, we’re emulating what it feels like to fire a specific weapon in the same way that we’re replicating how each weapon sounds.

One specific (and really cool!) example of our adaptive trigger support is how you activate the Focus effect that slows down the world around you with a sniper rifle. When you gently squeeze the R2 button, your finger will reach a tension point that will resist your pressure, and you’ll need to hold your finger against that tension point to activate the focus. When you’re ready to fire, push past that tension point and you’ll feel the “click” of the trigger as you fire the weapon. Boom. Headshot.

Hitman III is due out for PlayStation 5, Xbox Series X, PlayStation 4, Xbox One, PC via the Epic Games Store, and Stadia on January 20, 2021. A Hitman III – Cloud Version is also in development for Switch.