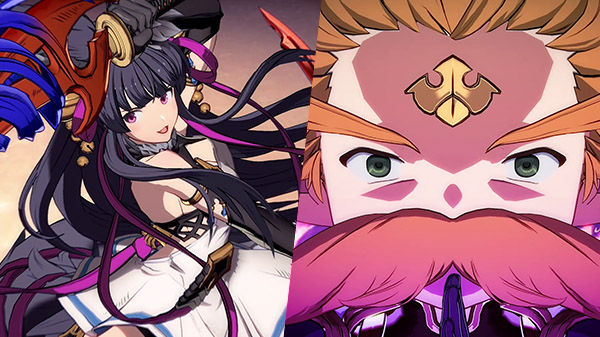 A young woman who sets out on a journey with the great mission to restore the lost royal family that her own once served long ago. She opposes her terrible fate alongside best friend Societte. Elusive and free-spirited, she is the moodmaker of the crew. With her flexible body and twin swords, she fights gracefully with moves reminiscent of dance while manipulating a unique flame called the “foxflame.”

Speedy rushdown character who excels at close-range. Her unique “Third Dance” stance restricts some of her mobility, but allows her to quickly counter incoming attacks and mix-ups.

Keepaway character with long-reaching normals and parrying options. Utilize a vast array of defense skills to control the pace of the match and shut down your foes.

New chapters will be added to the RPG Mode story! Main Quest: Episodes 46 to 50.