ENDER LILIES: Quietus of the Knights launches in Early Access for PC on January 21, 2021 [Update] 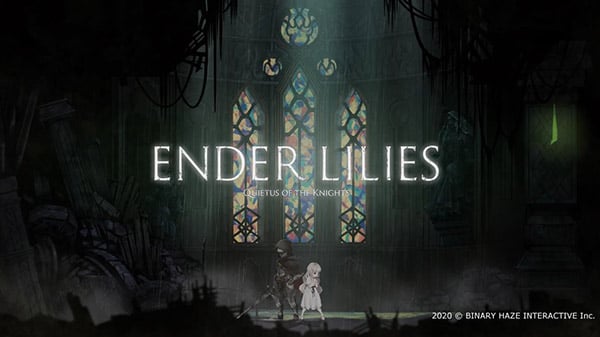 ENDER LILIES: Quietus of the Knights will launch in Early Access for PC via Steam on January 21, 2021 for $19.99 / €19.99 / £15.49 / 2,178 yen, publisher Binary Haze Interactive and developers Live Wire and Adglobe announced. It will support English, French, Italian, German, Spanish, Portuguese, Russian, Simplified Chinese, Japanese, and Korean language options. The full release is planned for Xbox Series, PlayStation 4, Switch, and PC in Q2 2021. An Xbox One version is also tentatively planned.

Update 12/15/20 at 8:40 p.m.: A representative for Binary Haze Interactive has clarified to Gematsu that, despite listings on the official website for PlayStation 5 and Xbox One, ENDER LILIES: Quietus of the Knights will be available on PlayStation 4 and playable on PlayStation 5 through backwards compatibility, and while the game is “definitely” coming to Xbox Series, an Xbox One version is “planned, but not definite.”

Once upon a time, in the Kingdom of End,the Deathly Rain suddenly started to fall, transforming all living things it touched into bloodthirsty corpses.

In an instant, the realm fell into chaos.

The cursed rain never stopped pouring on the remaining ruins…

In the depth of an old forgotten church,

ENDER LILIES is a dark fantasy 2D action RPG about unraveling the mysteries of a nation destroyed by a cataclysmic event. The fallen Kingdom of End is a tragic and beautiful world featuring a majestic castle, submerged forests and forbidden underground areas.

On this sorrowful journey, encounter horrific enemies against whom a moment of inattention could be fatal. By releasing foes from their undying curse, you may gain their strength. Overcome the hardships of your journey and uncover the truth with the aid of the fallen knights.

Explore a challenging supernatural world to haunting music by musical group Mili, whose credits include Goblin Slayer opening “Rightfully” and other anime franchises such as Ghost in the Shell.