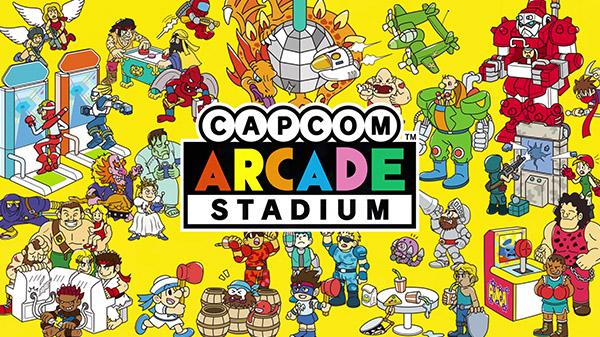 Capcom announced Capcom Arcade Stadium for Switch at The Game Awards 2020. It will launch in February 2021 as a free download with 1943: The Battle of Midway, and 31 additional arcade classics available as separate downloadable content packs.

For old-school fans and novices alike, Capcom Arcade Stadium will bring the electrifying thrill of an arcade to Nintendo Switch, with 32 action-packed classics available to play anytime and anywhere. After downloading Capcom Arcade Stadium, players will receive 1943: The Battle of Midaway for free and can purchase the original Ghosts ‘n Goblins as a stand-alone add-on. Retro fans can then choose to purchase up to three different 10-game packs of Capcom arcade classics spanning the decades. Each pack celebrates a different era of Capcom arcade goodness, from ‘80s classics like Bionic Commando or Strider, to iconic ‘90s games like Super Street Fighter II Turbo and more. Fans can also choose to purchase the “all-in” pack, which contains all three 10-game packs in addition to the Ghosts ‘n Goblins stand-alone add-on for maximum nostalgia.

This must-have collection provides an abundance of customization options for each title, and new gameplay options including a Rewind feature that is available across all games. Players can jump back in time to save themselves or a friend from any unforeseen dangers in up to four-player local multiplayer.