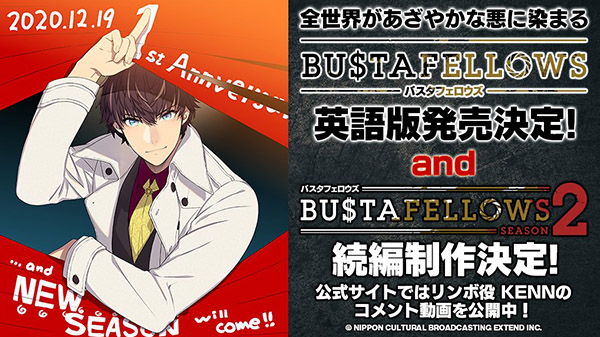 Bustafellows first launched for Switch, iOS, and Android in December 2019 in Japan. The English version will feature localized text and display with Japanese voice-overs. Users in Japan will also be able to pre-purchase the English release. A release date was not announced. More information will be announced at a later date. Read more about the game here.

Extend also announced Bustafellows Season 2, a sequel with a completely new story—“not an epilogue like a fan disc or append disc.” Platforms and a release date were not announced. More information will be announced at a later date.

Desma ⋅ Re:ZERO – Starting Life in Another World: The Prophecy of the Throne opening movie ⋅ 8 minutes ago