Out now for Xbox Series, PlayStation 4, Xbox One, and PC. 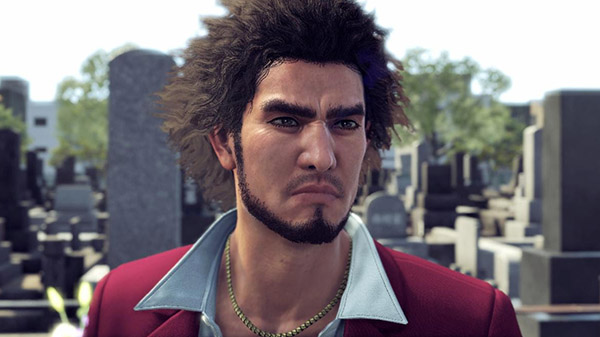 Sega has released the launch trailer for Yakuza: Like a Dragon, which is available now for Xbox Series, PlayStation 4, Xbox One, and PC via Steam and the Microsoft Store, and due out for PlayStation 5 on March 2, 2021.

In Yakuza: Like a Dragon, players take on the role of Ichiban Kasuga (played by Kaiji Tang), a rough around the edges member of the yakuza who is on the hunt for the truth after being mysteriously betrayed by his clan after voluntarily serving an 18-year prison sentence for a crime he did not commit in order to protect his patriarch and father-figure, Masumi Arakawa (played by George Takei).

Along the way, Ichiban meets a rag-tag cast of characters including rogue cop Adachi (played by Andrew Morgado), ex-nurse Nanba (played by Greg Chun) and Saeko (played by Elizabeth Maxwell), a hostess on a mission. Together, Ichiban and his crew must rise together to become the heroes they never anticipated becoming.

As Ichiban, players will battle their way through the city of Yokohama with an all-new turn-based RPG combat system for some truly amazing fights. Various mini-games can also be experienced around the city, including kart racing, batting cages, arcades and karaoke. To complete the sensory experience, Shonan No Kaze & Yasutaka Nakata have teamed up to create “Ichibanka,” the theme song for Yakuza: Like a Dragon for players to fully immerse themselves.

Players have several game editions to select from when purchasing the game.

The “Day Ichi Edition” (for $59.99, available in digital and physical formats) includes the Legends Costume Set incorporating eight costumes representing fan-favorite figures from the Yakuza series, from Kazuma Kiryu to Daigo Dojima, with the physical versions of the game also bundled with a steel book case.

The “Hero Edition” (for $69.99, available in digital format) includes all features from the Day Ichi Edition, as well unlocking the full in-game job set, and Management Mode set.