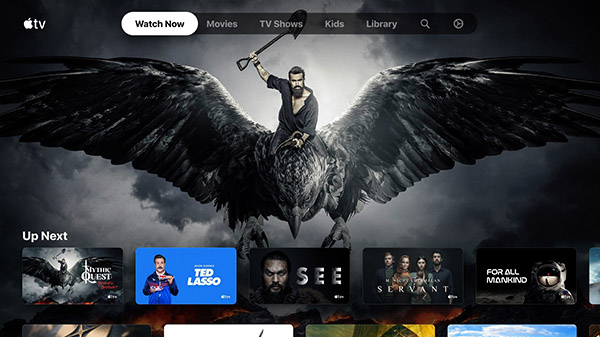 Microsoft has announced the list of entertainment apps that will be available on Xbox Series X and Xbox Series S day and date with each platform’s launch.

It’s not just your games that play better than ever before on our new consoles, your favorite movies and shows are about to sound and look more immersive on Xbox Series X and Series S.

With our new consoles, immerse yourself with fuller colors, enhanced dynamic range, and spatial sound just as the filmmakers and creators intended on Xbox Series X and Xbox Series S with Dolby Vision and Dolby Atmos, which are supported on apps like Netflix, Disney+, and Vudu. Together, these advanced audiovisual technologies will take your favorite entertainment to new heights through ultra vivid picture quality—incredible brightness, contrast, color, and detail—alongside immersive moving audio that will transport you to new worlds.

It’s never been easier to browse the hundreds of entertainment apps available with the new Microsoft Store on Xbox, which was rebuilt with your feedback in mind. The Microsoft Store is twice as fast as before. We’ve cut the launch time of the Microsoft Store app to about two seconds so you can find your next favorite game, app, or movie easier than ever. As a reminder, you can access your apps in the refreshed Xbox dashboard experience (UX) in the My Games & Apps.

ragingnoobie ⋅ The Pedestrian coming to PS5 and PS4 on January 29; Xbox Series, Xbox One, and Switch later ⋅ 21 minutes ago