Full game due out on December 1. 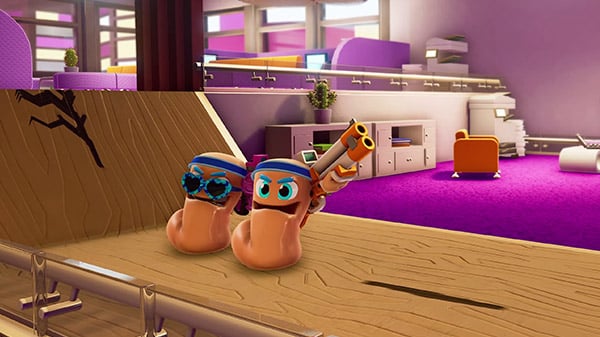 PlayStation Plus subscribers will have free access to the beta on PlayStation 4, while PC users can download the beta through the free demo option on Steam.

“All of us at Team17 have had a lot of fun trying Worms Rumble out behind closed doors, and we’re ready to rumble with other fans in the beta,” Team17 producer Danny Martin said in a press release. “Whether you’re on PC or PlayStation there’s a lot to see in the beta, including dynamic maps that provide plenty of tactical options for players, not to mention cosmetics to customize your Worm and really make it your own! Get ready, because we’ll be meeting you on the battlefield.”

Worms Rumble is due out for PlayStation 5, PlayStation 4, and PC via Steam on December 1.

Out of Space: Couch Edition coming to PS4, Xbox One, and Switch on November 25 Previous post
Astro's Playroom gameplay trailer Next post