Horse racing simulation game due out on March 18, 2021 in Japan. 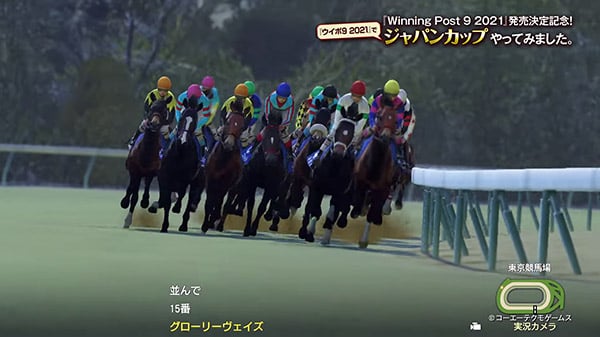 Winning Post 9 2021 is the first entry in the series to include multiple “First Year Scenarios,” which was a highly requested feature by fans. Additionally, the new “Rival Showdown” element of the Winning Post 9 series, as well as the “Descendant Succession System” popular in previous entries have been further enhanced. And of course, the game not only supports the latest horse racing programs for 2021, it also adds the latest horses such as Daring Tact, as well as the Saudi Arabia race track.