Touhou Project characters become dolls and battle it out. 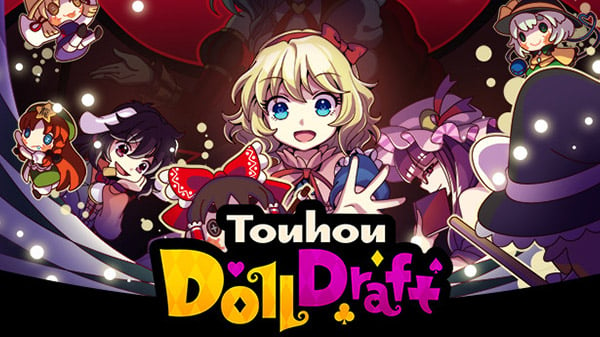 Publisher Why So Serious? and developer milliondoubts have announced Touhou DollDraft, a game where you form teams of “dollified” Touhou Project characters and battle. It will launch for PC via Steam on April 16, 2021 with English, Japanese, and Chinese language options.

In Touhou DollDraft, you form teams comprising “dollified” Touhou Project characters and send them into battle against each other.

Characters can be made stronger by gathering characters from the same group together, or by putting characters who have special feelings for one another on the same team.

Up to four players can do battle online.

Suddenly finding herself far away from her native Gensokyo, lost in a world similar to that of Alice in Wonderland, in order to return to her world “Alice” must fight in a mysterious game known as the “Doll Draft” in which she must take control of puppets…