The King of Fighters series currently on sale on Steam. 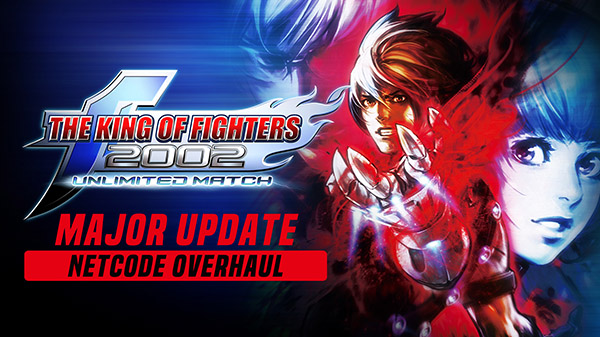 Publisher and developer SNK, and developer Code Mystics have released a free update for The King of Fighters 2002 Unlimited Match for PC (Steam), which adds rollback netcode.

Here is an overview of the update and game, via SNK:

What’s in the update?

The core of this update revolves around the game’s new rollback netcode function. Rollback netcode, in layman’s terms, allows player inputs to appear on-screen the moment they are pressed—even in typically laggy conditions, during online matches. This allows for a much smoother experience for both parties. Players also have the option to set how much delay/rollback frames are permissible in order to fine-tune their online experience. Additionally, online modes and functions have been improved as well.

The Community Beta Test in preparation for this update saw The King of Fighters 2002 Unlimited Match breaking its record of simultaneous players on Steam. We received an overwhelming amount of positive feedback concerning the implementation of the rollback netcode, and so we hope this new update allows players to have more fun when playing online!

What is The King of Fighters 2002 Unlimited Match?