Spacelords to run in 4K resolution at 60 frames per second on PS5, Xbox Series

Free update due out next week. 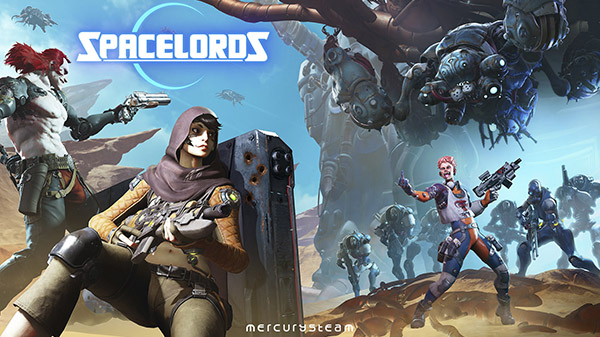 Free-to-play science-fiction third-person shooter Spacelords will run in 4K resolution at 60 frames per second on PlayStation 5 and Xbox Series via a free update due out next week before each console’s launch, developer MercurySteam announced.

This is not a native next-generation version of the game, but the backward compatible PlayStation 4 and Xbox One versions updated to run better on the new hardware, MercurySteam clarified. That said, all save data will carry over.

Embark on an epic sci-fi, free-to-play adventure. Spacelords is a brand-new take on the shooter genre. Through its four-versus-one campaign, you experience both sides of the story: Join the Raiders in their fight to free the legendary Broken Planet, or switch sides and fight as the Antagonist alongside the invading hordes!

Spacelords is available now for PlayStation 4, Xbox One, and PC via Steam and the Microsoft Store.

Sal Romano ⋅ Wizardry Gaiden: Five Ordeals coming to Steam in first half of 2021 in Japan ⋅ 54 seconds ago