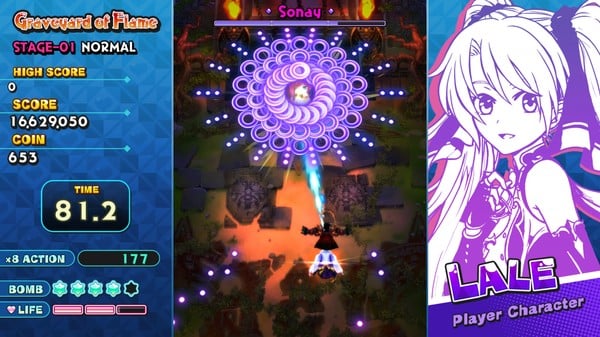 The PC version of shoot ’em up Sisters Royale: Five Sisters Under Fire will launch via Steam on November 26 for $13.99, publisher Chorus Worldwide and developer Alfa System announced.

The PC version first launched alongside the Xbox One version via the Microsoft Store on July 10.

Sisters Royale: Five Sisters Under Fire is also available for PlayStation 4 and Switch.

Five uniquely talented sisters are squabbling over which of them will marry the angel Yashin. Enjoy the heroic (?) strategies of all five!

The Tension Bonus System (TBS) means your score and number of coins multiplies based on your distance from enemies and their attacks, and the Powershot System changes normal attacks into strong attacks, further ramping up the tension!

Plus, once the TBS has multiplied by two within a certain time, Secret Fairies will be hidden somewhere in stages for you to find.