Play the beginning of the story. 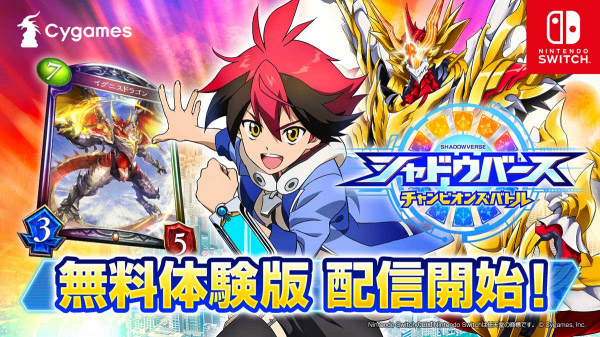 A demo for Shadowverse: Champion’s Battle is now available for Switch via the Nintendo eShop in Japan, publisher and developer Cygames announced.

In the demo, you can play from the beginning of the story to just before the battle against Kai Ijuuin in Chapter 2. The story follows the protagonist, a transfer student at Tensei Academy, who he learns about the school’s Shadowverse Club and makes every effort to bring it back to life. And even after completing the playable story chapters, you can continue to battle non-playable characters on the map to obtain new cards. Save data from the demo can be carried over to the full game.

In addition to the demo, Cygames also published the “Shadowverse: Champion’s Battle Starter Guide Book” on the game’s official website, which is full of tips on how to clear the game, as well as the exclusive manga “Understanding Shadowverse Through Manga!”

Shadowverse: Champion’s Battle is available now for Switch in Japan.