Currently available on PC via Steam. 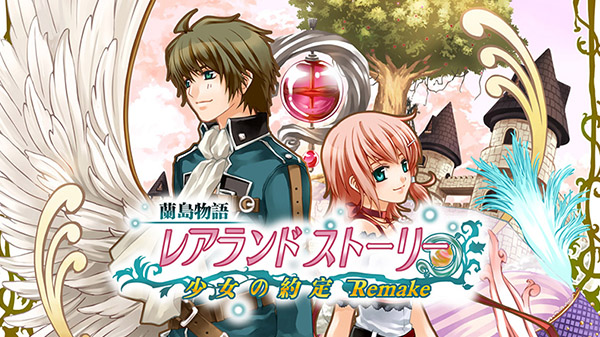 Circle Entertainment will release a Switch version of Ranshima Monogatari Lairland Story: Shoujo no Yakujou Remake via the Nintendo eShop on November 12 in Japan for 2,000 yen, the publisher announced.

Ranshima Monogatari Lairland Story: Shoujo no Yakujou Remake is a remaster of the July 2009-released PSP title. The remake first launched for PC via Steam in April 2020 with support for Japanese, Simplified Chinese, and Traditional Chinese language options.

Lairland, a kingdom that has built its peace and prosperity over a span of hundreds of years. Though that peace was suddenly destroyed by invaders who showed up with falling meteors. In the midst of fierce battle, Hiro, a young baron of Lairland Castle, launched a desperate counterattack against the enemy. And the enemy’s leader was finally defeated.

The exhausted Hiro, who trudged along to the holy shrine, encountered a girl sleeping peacefully upon its altar. It was a scene as if the nightmarish horror that engulfed the world was really just a dream. Eventually rising, the girl gave off a radiant glow, light rained from the sky, and the nightmare that struck the world was calmed.

The girl muttered as she tiredly collapsed… After regaining consciousness, she had strangely lost her memory of not only the events that occurred that day, but her memory in general.

As the kingdom rebuilds, Hiro and the girl’s story begins.

New Elements Added in the Remaster

Paninims ⋅ Utawarerumono: Mask of Deception and Mask of Truth delisted from PlayStation Store in the west as licensing expires ⋅ 7 minutes ago