A closer look at the PlayStation 5 version's enhancements. 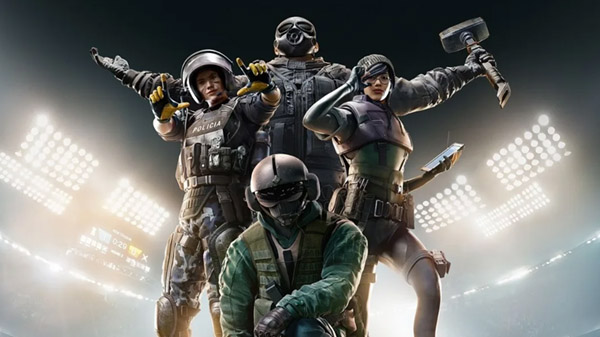 Graphics and Performance on PlayStation 5

PlayStation 5 players will be able to experience the excitement of Rainbow Six Siege with the highest graphical enhancements that the game has to offer on consoles. These enhancements will offer multiple options for prioritizing either performance or resolution, granted players are equipped with a compatible device:

The graphical power of PlayStation 5 enables better lighting and depth of field improvements, especially on long distance. Get ready to literally see your favorite map in a new light, and uncover new levels of detail.

Performance mode, which targets 120 frames per second, makes Siege gameplay smoother than ever. Siege’s stable frame rate holds up even under incredible duress, like breach charges that cause destructive explosions. 120 frames per second enhancements are dependent on your TV, so look into those details to get the most out of the game.

Thanks to the PlayStation 5’s SSD, players can jump into the game faster than before and start playing. The map loading time has never been so short, allowing you to quickly jump from your operator selection to the preparation phase.

However the PlayStation 5 Rainbow Six Siege experience is not limited to visual enhancements. The dev team has embraced the new DualSense wireless controller, with its haptic feedback and adaptive triggers, for better immersion and improved reflexes in high-stakes gunfights.

Thanks to the DualSense controller’s adaptive triggers, squeezing the R2 trigger emulates the resistance of an actual trigger, offering a unique feel for each weapon category and shooting gadget. For example, adaptive trigger resistance is light and quick for pistols, and heavier for bigger, powerful weapons like light machine guns. Players will also be able to feel the difference between single fire and full-automatic for full immersion.

In addition, thanks to the haptic feedback players will sense impact like never before. Dynamic and immersive, haptic feedback reacts with the environment. Weapons, explosions, gadgets and so on will provide feedback directly in the player’s hands.

If you currently own a copy of Rainbow Six Siege on PlayStation 4 and plan to acquire a PlayStation 5, you will be able to upgrade your game at no additional cost. All players will be able to keep their progression and in-game items when transitioning between consoles. Owners of physical game copies can only upgrade at no extra cost if they have a PlayStation 5 console with a disc drive.

Rainbow Six Siege is available now for PlayStation 4, Xbox One, and PC via Steam, the Epic Games Store, Ubisoft Store, and Uplay.