PlayStation 5 version due out on November 12. 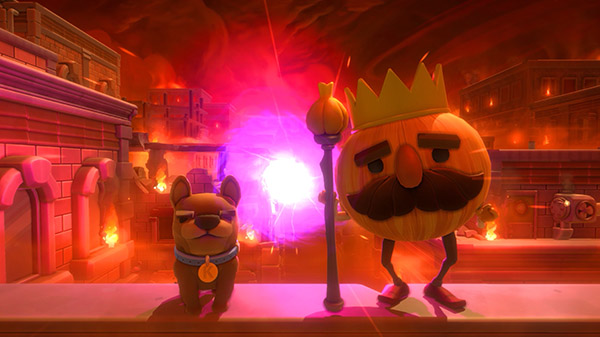 The Xbox Series version of Overcooked! All You Can Eat is now available via the Microsoft Store, publisher Team17 and developer Ghost Town Games announced.

A launch day release was previously announced for the PlayStation 5 version, which is due out on November 12, but was not confirmed for the Xbox Series version until today.

Both the Xbox Series and PlayStation 5 versions are available digitally at launch, with physical editions due out later in 2020.

Overcooked! All You Can Eat plates up over 200 levels of culinary chaos, including built-from-the-ground-up remakes of every original level from Overcooked! and Overcooked! 2—and every downloadable content previously released for both titles—alongside an exclusive new adventure; The Peckish Rises, which adds seven new levels and three new chefs into the mix.

Every kitchen runs in 4K resolution at 60 frames per second, with levels from the original Overcooked! playable online for the first time in the series, and cross-play multiplayer also being added as part of a free post-launch update. With more than 80 chefs to choose from, players will be able to cook up a storm as everything from a robot to an axolotl – with brand new color options also available.

So that all chefs feel welcome in the Overcooked! kitchens, Overcooked! All You Can Eat will also include new accessibility options and an assist mode that adds features to increase level times; boost scores awarded for each meal; lengthen recipe times, and the ability to turn off order expiration. The accessibility options also include an option to enable dyslexia friendly text, a scalable user interface, and color-blind friendly chef indicators.