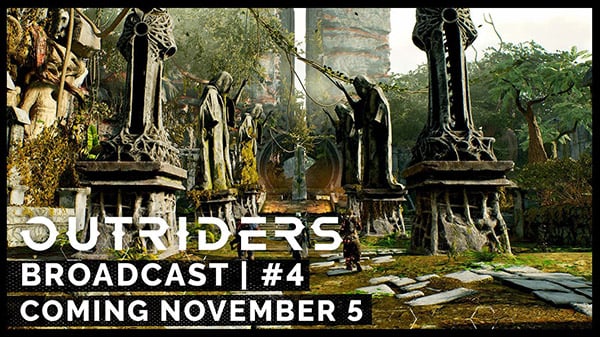 The broadcast will feature “exciting new announcements,” a look at the game’s post-campaign content and gameplay, a community Q&A with the development team, and the latest video in the Outriders spotlight series, with a focus on the Technomancer character class.

Watch a teaser trailer for the fourth Outriders Broadcast below.