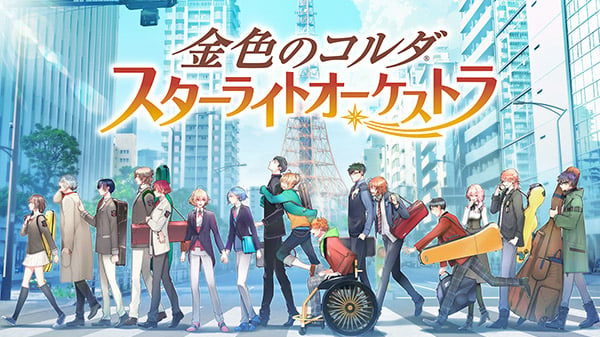 Koei Tecmo, in cooperation with Aniplex, has announced “training simulation” game La Corda d’Oro: Starlight Orchestra for iOS and Android. It will launch in 2021 in Japan as a free-to-play title with in-app purchases. Pre-registration is available now via the official website.

The protagonist is a violinist who failed the music course at Seisou Academy and went on to the general course.

She took each day as it came, but when she reunites with music conductor Ginga Ichinose, she sets her sights on winning the “International Student Orchestra Competition,” where orchestras from all over the world compete.

To fill the seats of the Japanese national team, the protagonist and company go on a journey scouting orchestra members.

No doubt there are instrumentalists out there yet to be offered the opportunity to play a leading role—.

Your partner on this journey? A retro bus like those seen in old films.

Foster your bonds with music as you enjoy local stories, relish in the soul foods of each region, and even shed tears on a twilight beach.

From Seisou Academy in Yokohama to all over Japan, and then the world.

This is the story of high school students who take back their dreams of grandeur.