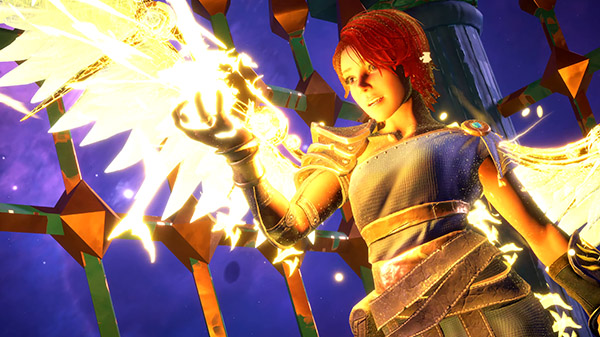 Additonally, Ubisoft announced a dedicated Twitch extension called “Monster Hunt,” which is available on the Immortals Fenyx Rising Twitch channel. With this extension, viewers will be able to hunt monsters to earn limited-time exclusive rewards while watching streamers play the game. Every two minutes, random monsters will appear on-screen after a countdown. Viewers will have a limited time to click on them and add them to their collection. Four in-game rewards are available: a resource pack, the “cold spell” bow skin, the “shiver” sword skin, and when all 44 monsters have been captured, the “Avalanche” axe skin.