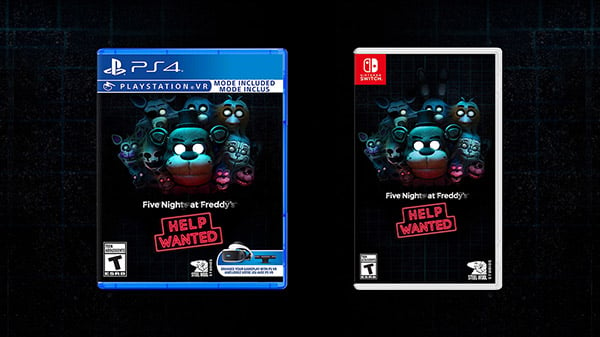 Maximum Games will release a physical edition of the Steel Wool Studios-developed Five Nights at Freddy’s: Help Wanted for PlayStation 4 and Switch on December 15, the publisher announced.

Five Nights at Freddy’s: Help Wanted first launched digitally for PlayStation 4 and PC via Steam in May 2019, followed by Switch in May 2020, Oculus Quest in July 2020, and Xbox One, iOS, and Android in October 2020.

A VR headset is NOT required to play.

theotherspaceguy ⋅ A-Train All Aboard! Tourism characters trailer ⋅ 4 minutes ago