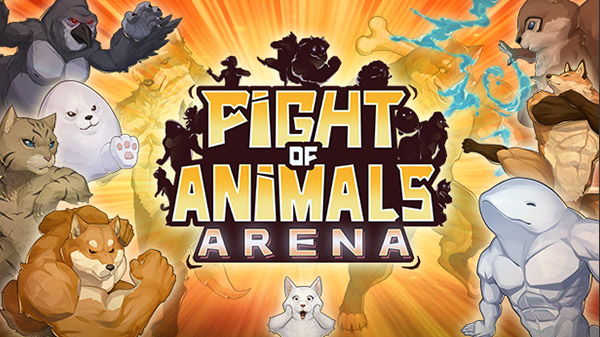 Digital Crafter has announced Fight of Animals: Arena, a four-player arena brawler based on its previously released one-on-one fighting game Fight of Animals. It will launch for PC via Steam in 2020.

The original Fight of Animals first launched for PC via Steam in December 2019, followed by Switch in April 2020 and PlayStation 4 in September 2020.

Here is an overview of Fight of Animals: Arena, via its Steam page:

Experience the Fun with No Input Struggle

The fun should not get stopped by complicate controls! Fight of Animals: Arena is super easy to play! The game only requires four buttons and direction inputs! You will be a fighter right away without worrying how to do all the moves! Also, with the new double-jump and dash / evade features, it will bring the whole game play into more intense and exciting level!

Yes, that’s right! We got items and weapons in Fight of Animals: Arena. You can throw them, and swipe them at whoever gets in your way, or even eat them!?

Watch Out for Traps

Each stage comes with different environment and variant kind of traps! For example, the swamp that slows you down, the iceberg that makes you slide around, or even a bush that you can hide in!?

Support for Up to Four Players Local and Online

That’s right, Fight of Animals: Arena is a brawler game that supports up to four players local and online!

Players can select severs around your location and experience our stable high quality rollback online netcode. More than that, Digital Crafter has enhanced the online room feature to make online matching even easier for everyone!