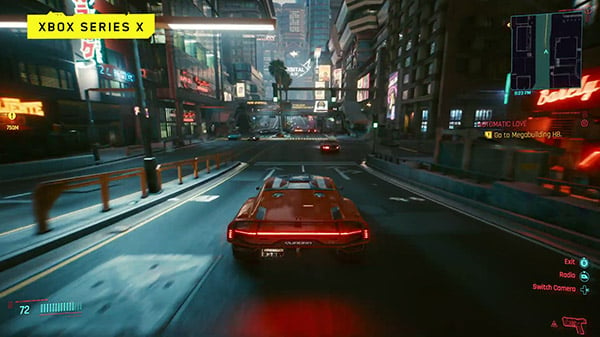 CD Projekt RED has published a special episode of “Night City Wire” featuring 10 minutes the Xbox One version of Cyberpunk 2077 running on both an Xbox One X and Xbox Series X via the console’s backward compatibility feature.

A gameplay video of the PlayStation 4 version is also planned for release, with a specific date set to be announced in the near future.

AntB ⋅ Sword and Fairy 7 launches in October ⋅ 6 minutes ago