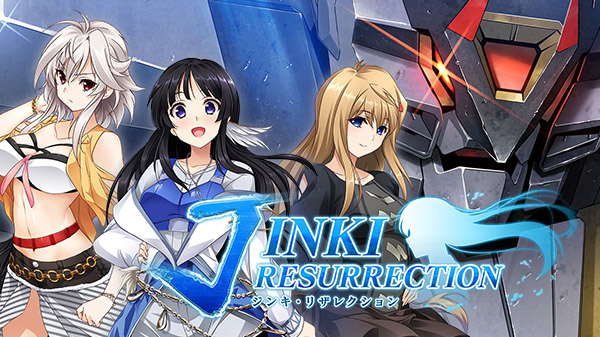 Entergram will release Giga-developed command select visual novel Jinki Resurrection for PlayStation 4 and Switch on February 25, 2021 in Japan for 6,600 yen at retail and 6,000 yen via download, the publisher announced. A 10,000 yen limited edition will also be available.

Set two years after the end of the Complete Edition of the original manga.

Ryouhei woke up in a hospital, having lost all his memories, even his own name. In search of clues on how to regain them, he arrived in Kyoto and was welcomed by a group of girls who were part of an organization called Angel. He would end up living together with the three girls: the friendly Aoba, the reserved Akao, and the openly-hostile Kanae. He thought that it wouldn’t be that bad living like this with them, but it would soon all be turned upside down by the existence of large humanoid robots called “Jinki.