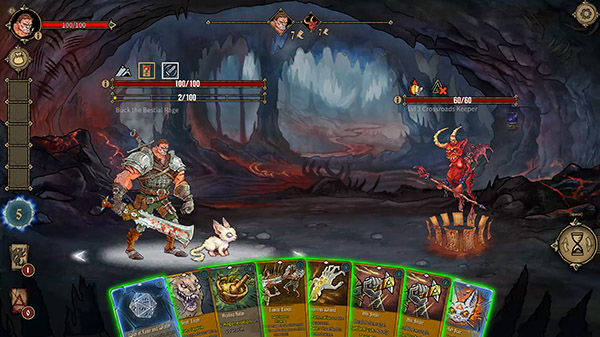 Publisher Buka Entertainment and developer AYGames will release card-based tactical combat RPG Deck of Ashes for PlayStation 4, Xbox One, and Switch in Q2 2021, the companies announced.

The PC verison, which first launched via Steam on June 9, will receive a 20 percent-off discount for a limited time beginning December 1 in celebration of the announcement.

Additionally, Buka Entertainment and AYGames unveiled a new character coming to the console versions of Deck of Ashes as a timed exclusive:

Her race had disappeared in another dimension long before the humans emerged in this world. All the years of her loneliness Sibyl had been looking for a way to get her kind back.

Deck of Ashes is a hardcore story-driven RPG with a procedurally-generated game world and the card-based tactical combat system. The player takes the role of one of four antiheros and he finds and creates new cards in order to collect the powerful deck of cards and to defeat enemies in the turn-based tactical battles.

Every character’s story is unique so there are four separate story campaigns and starting each of these campaigns generates a new game world! It is up to you do decide where to go, which enemy to fight next and what resources to collect to create cards. There are more than 100 cards in the game and players can mix them to create the unique decks and combat styles!