First mission in the three-part "Death from Above" campaign. 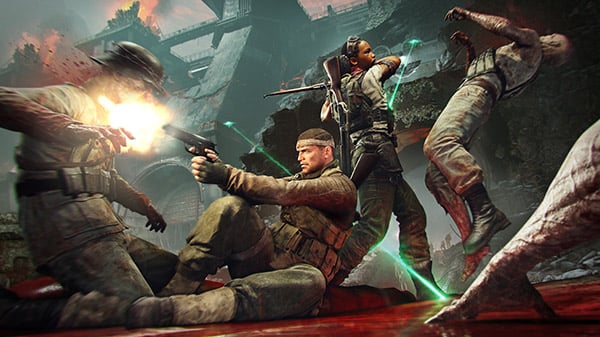 Rebellion has released Zombie Army 4: Dead War downloadable content “Mission 4: Damnation Valley,” the first mission in the three-part “Death from Above” campaign. It costs $6.99 standalone and is also included with the $34.99 Season Pass One.

Even with the Hell Cult gone, the dead don’t rest in this brand-new Zombie Army 4 campaign mission! Battle your way through the terrifying frozen North towards a new Hell Storm, on the trail of a missing scientist and scout team! Can the deadhunters find their allies in time, or will the mountain take its toll?

“Damnation Valley” is the first mission in “Death from Above,” a chilling three-part Zombie Army 4: Dead War Campaign!

Ascend to new terrifying heights in this one-to-four-player mission, complete with new sinister locations to fight through, collectibles, achievements, and more! The Hell Cult may be defeated—but the terror lives on!