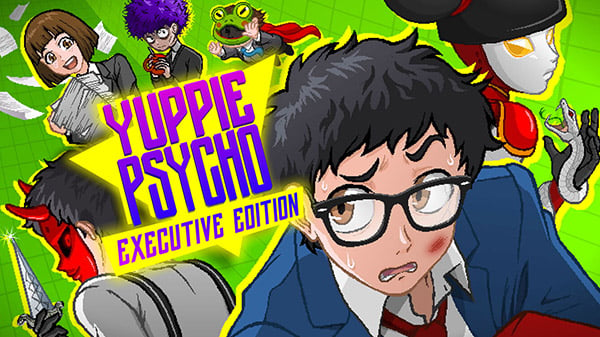 Publisher Another Indie and developer Baroque Decay will release Yuppie Psycho: Executive Edition for Switch via the Nintendo Shop and PC via Steam on October 29 for $16.66, the companies announced. It will support English, French, German, Spanish, Portuguese, Russian, Japanese, Korean, and Chinese (Simplified and Traditional) language options.

Yuppie Psycho first launched for PC, Mac, and Linux via Steam in April 2019. Users who have already purchased the PC version will receive a free upgrade to the Executive Edition, which includes new areas, new bosses, and “hours of carefully crafted new content.”

While the game was initially also planned for release on PlayStation 4 and Xbox One, Baroque Decay told Gematsu, “We did a market research and realized that Xbox One and PlayStation 4 players had not much interest on the game. So we decided release on Switch first and see how it goes there first.”

Here is an overview of Yuppie Psycho: Executive Edition, via Nintendo.com:

For Honor PS5 and Xbox Series updates announced Previous post
Supraland coming to PS4, Xbox One, and Switch on October 22 Next post

SAMURAI_777 ⋅ Danganronpa Decadence announced for Switch ⋅ one minute ago