Set for broadcast debut on October 11. 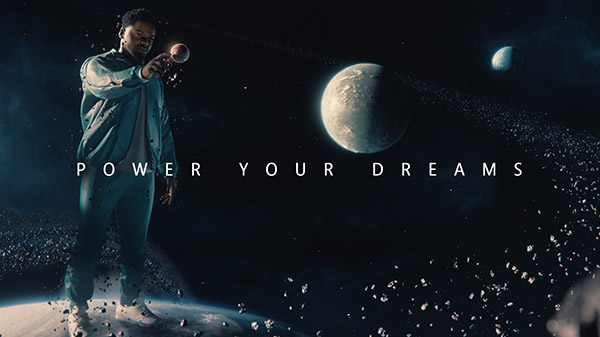 Microsoft has released a new promotional video for Xbox Series X and Xbox Series S dubbed “Power Your Dreams” featuring the song “No Ordinary” by Labyrinth.

Here is an overview of the video, via Xbox Wire:

We’re excited to debut our launch trailer titled, “Us Dreamers.” In “Us Dreamers,” hero protagonist Daniel Kaluuya (Academy award nominated actor from blockbusters like Get Out and Black Panther) leads us all on an inspirational journey about what it means for gamers to dream and reach our potential, together.

The story begins with Daniel picking up his Xbox Wireless Controller after returning home. He is greeted by online friends and is quickly transitioned into his gaming dream, moving from live action to CG. Daniel travels through his dream, passing through spectacular and immersive visuals of dream-inspired gaming worlds before discovering another gamer and her representation of her own gaming dream. Together, they realize that while each of our gaming dreams and journeys are unique, there are many gamers and many individual dreams that all come together with the power of Xbox.

Beyond the compelling visuals and relatable story, the true soul of “Us Dreamers” comes through with the featured track, “No Ordinary” a new song by Labrinth—a multiplatinum-selling singer, songwriter, Grammy nominated producer and Emmy award winning composer of one of 2019’s biggest shows, HBO’s Euphoria. “No Ordinary” provides an inspirational audio experience that uplifts the storytelling and complements the visual spectacle seen in “Us Dreamers.”

The same promotional video will make its broadcast debut during Sunday Night Football on October 11 when the Minnesota Vikings play against the Seattle Seahawks.

Xbox Series X and Xbox Series S are due out on November 10 worldwide.