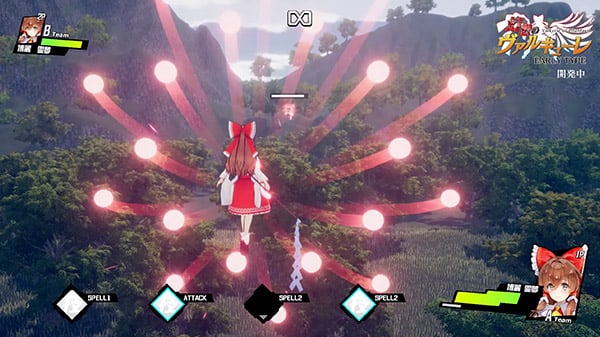 Area Zero has released a one-minute work-in-progress gameplay video of its June 2019-announced Touhou Project aerial action game Valkyrie of Phantasm, which is planned for release on PlayStation 4, Switch, and PC.

Freely fly through the sky, dodge the barrage of bullets coming your way, and fire spells… A new aerial battle action game project from Area Zero is fully underway!