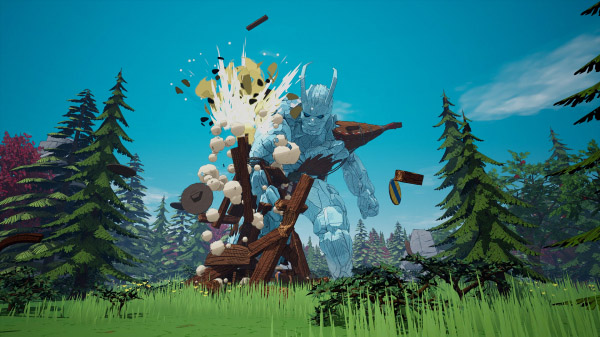 Gearbox Publishing and developer Norsfell Games have released a gameplay overview trailer for Tribes of Midgard, which is due out for PlayStation 5 and PC via Steam in 2021.

Tribes of Midgard is an upcoming game in which players will have to thrive in the wilderness and become a Viking legend in order to defend their village against enemy forces during Ragnarok.

Set in a world full of dark creatures, hidden gods and abundant materials to be uncovered, play together as a Viking clan living in a village that harbours the Seed of Yggdrasil; a tree that holds the promise of everlasting life.

Explore the wilderness to craft new weapons and be prepared to protect the delicate tree of your village from the grim shadows that prey upon its power. All the while, giants stalk ever closer to your village, seeking to destroy Midgard and fulfill the prophecy of the end of the world.

Inspired by Norse mythology and winner of the 2017 Ubisoft Indie Series, Tribes of Midgard is a continuously evolving gameplay experience that has something to offer longtime fans of survival games and Viking enthusiasts alike.

Budgiecat ⋅ Laid-Back Camp: Have a nice day! launches for PS4, Switch this fall in Japan ⋅ 9 minutes ago
Latest Open Forum