Lawrence and Holo open a bathhouse. 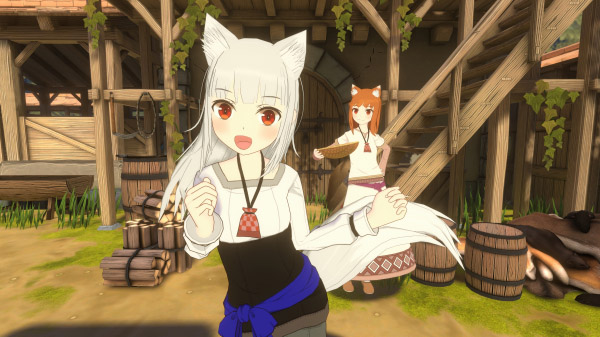 At the end of their journey, merchant Lawrence and wolf goddess Holo settled down and opened a bathhouse.

The couple was blessed with a daughter and an idyllic life. One day, as Lawrence is going about his fur side business to further fill the family’s coffers, a slight incident occurs and Holo saunters in with quite the feast.

Lekzie69 ⋅ Destruction AllStars delayed to February 2021, included with PlayStation Plus ⋅ one minute ago