Play through the early parts of the game's first act. 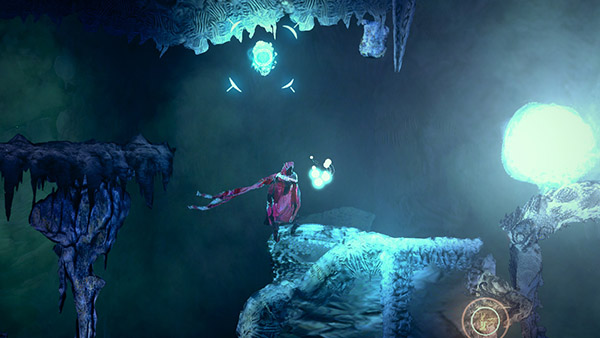 A PC demo for the June-announced dark action roguelite Source of Madness will be playable via Steam during the 2020 Steam Game Festival: Autumn Edition from today through October 13, Thunderful Publishing and developer Carry Castle announced. It features the early parts of the game’s first act.

Source of Madness takes place in an alternative reality where the world did not go into the age of enlightenment, where magic and the monsters of Lovecraft exist or rather allow you to exist. The world is steered and controlled by cosmic entities where the human race hangs on in foolish attempts to survive for yet another sunrise. You play as newly initiated acolytes at the tower of knowledge, where people of Loam have taken shelter from the disturbing hordes of monsters currently infesting the Loam Lands.

Your voyage will not only be one of the depths in terra nor only the depths of treacherous forests but to the grand non-euclidean citadel R’Lyeh, to the moon, and the celestial bodies on the rims of the universe!

These worlds warp and distort with the current unstable space time leaving things each day different and inhabited by deformed and grotesque beings of celestial origins. You are only protected from the warp by the powers of the Tower of Knowledge, yet now you have to voyage out, to find the twin tower, the Tower of Madness.

Explore a uniquely created world by neural networks, inspired by Mr. H. P. Lovecraft – see the depths of its insanity. Source of Madness offers a rich and unique world that never seems to be fully discovered. Each time you play, the world will have new possibilities and hidden areas filled with lurking monsters and threats. Every time you die and start over – the whole world and its inhabitants change. This world is cursed and soon to be lost.

Become the Cultist that You Want to Be

Are you an aggressive player or do you want to avoid the enemies and fight them from afar? Choose the skills to match your style and become the cultist you want to be by upgrading the skill tree and discovering new ways to fight your foe. Express yourself with a rich magic system with a lot of classes. Combine your skills and spells from the unlockable classes to create your own unique play-style. The only thing that stands between you and the merciless monsters of the shadow is your magical powers!

Discover millions of organic lifelike monsters moving around the world, climbing and stretching in billions of different ways. The physics-based monsters from the realms of the unknown are brought to life by powerful AI, who will do anything to make your life a living hell!

Source of Madness is due out for Switch and PC via Steam in 2021.